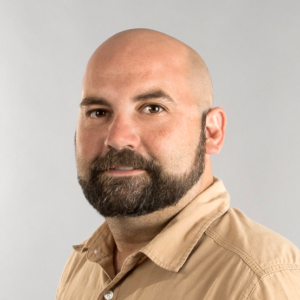 Brian Wilson is an award-winning photographer, visual communications professional, and videographer who has worked in the photo industry for over 15 years helping companies and institutions convey their messages visually. Brian started his career as a freelance commercial photographer in the Philadelphia Area working with top hospitals, educational institutions, restaurants, and other local businesses. He then went on to serve as Princeton University’s Institutional Photographer for over 5 years and later as a Medical Photographer/Videographer for Massachusetts General Hospital (MGH) and MGH Research Institute in Boston.

In 2015, Brian completed his MFA in Visual Arts at Lesley University College of Art and Design in Cambridge, MA and began his teaching career first as an adjunct for New England College. In 2016 Brian became Program Coordinator and Assistant Professor of Commercial Photography at Mount Ida College until it closed in 2018.  Brian successfully transitioned the program to Framingham State University where he works as an Assistant Professor teaching courses in photography and communications.

Brian’s work has been featured in articles and advertisements within numerous publications, including DiningOut Philadelphia, Oprah Magazine, Home Miami, Chronicle of Higher Education, and New Jersey Countryside magazines. His images have also been picked up by news sites including the National Science Foundation news site, The Bergen Record, The Baltimore Sun, and The Trenton Times. Images that Brian took during his tenure at Princeton University were featured in the popular film Admission (2013) featuring Tina Fey and Paul Rudd.

Brian would like the opportunity to help you with your next photo or video project. Please contact him with any questions or to set up a consultation at 908.910.6395 or e-mail brian@brianwilsonphoto.com